Hi! At work I'm involved with a REST API based on Flask. For SSL, we decided to use nginx as a reverse proxy. As a result, client IPs are all reported to be 127.0.0.1:

Flask is based on Werkzeug. Werkzeug comes with a helper called ProxyFix to address this problem.

To make nginx feed the headers needed by ProxyFix, these lines help:

Now one thing remains to fix: The debugging log on stderr still reports 127.0.0.1. To get the IP from header X-Forwarded-For in there, I made this patching function replacing method WSGIRequestHandler.address_string:

With that applied, I get actual client IPs. Tested with python-flask 0.8-1 and python-werkzeug 0.8.3+dfsg-1 of Debian wheezy. All source code in this post is licensed under CC0.

The core web services of mine are finally back on-line:

My apologies that it took so long! I took the occasion of the migration to redirect all traffic on (blog|www).hartwork.org to SSL so that people downloading some of my past Windows binaries (like Winamp plug-in installers) are no longer vulnerable to games like BDFproxy man-in-the-middle. If you run into anything (still) broken or off-line, please drop me a mail.

I watched this TEDx talk quite a while ago, already. I ran into it again today in my bookmarks: I actually wanted to share it the first time around but also wanted time to make up my mind whether or not to share it on my blog, and made a todo-like bookmark. So here it is. I would like to quote Ran Gavrieli on something that applies to a lot more than this very topic:

We should be very careful with... not only what we put into our body in terms of fruit and nutrition... with what is the nutrition of our minds. Everything we watch invades us. 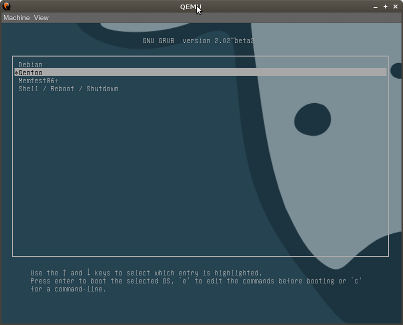 Hi! There seem to be quite a number of people being "afraid" of Grub2, because of the "no single file" approach. From more people, I hear about sticking to Grub legacy or moving to syslinux, rather than upgrading to Grub2. I used to be one of those not too long ago: I've been sticking to Grub legacy for quite a while, mainly because I never felt like breaking a booting system at that very moment. I have finally upgraded my Gentoo dev machine to Grub2 now and I'm rather happy with the results:

My steps to upgrade were:

NOTE: I broke the GRUB_CMDLINE_LINUX line for readability, only.

For kernel updates, my new process is

The short version: To preview a Grub2 theme live does not have to be hard. 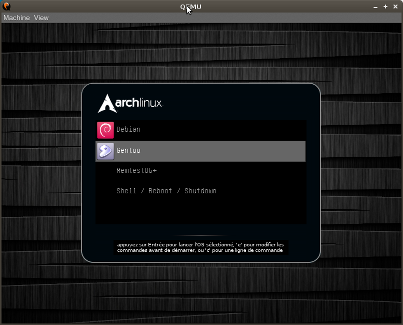 Hi! When I first wrote about a (potentially to lengthy) way to make a Grub2 theming playground in 2012, I was hoping that people would start throwing Gentoo Grub2 themes around so that it would become harder picking one rather than finding one. As you know, that didn't happen. Therefore, I am taken a few more steps now:

So this post is about that new tool: grub2-theme-preview. Basically, it does the steps I blogged about in 2012, automated:

That way, a theme creator can concentrate on the actual work on the theme. To give an example, to preview theme "Archxion" off GitHub as of today you could run:

Once grub2-theme-preview has distutils/setuputils packaging and a Gentoo ebuild, that gets a bite easier, still. The current usage is:

Before using the tool, be warned that:

Here is what to expect from running

assuming you have grub2-themes/gutsblack-archlinux off the grub2-themes overlay installed with this grub.cfg file:

Another example using the --image switch for background-image-only themes, using a 640x480 rendering of vector remake of gentoo-cow:

The latter is a good candidate for that Grub2 version of media-gfx/grub- splashes I mentioned earlier. I'm looking forward to your patches and pull requests!

Hi! I've been looking around for Grub2 themes a bit and started a dedicated overlay to not litter the main repository. The overlay

Any Gentoo developer on GitHub probably has received a

mail already. I did put it into Gentoo project account rather than my personal account because I do not want this to be a solo project: you are welcome to extend and improve. That includes pull requests from users. The licensing situation (in the overlay, as well as with Grub2 themes in general) is not optimal. Right now, more or less all of the themes have all-rights-reserved for a license, since logos of various Linux distributions are included. So even if the theme itself is licensed under GPL v2 or later, the whole thing including icons is not. I am considering to add a use flag icons to control cutting the icons away. That way, people with ACCEPT_LICENSE="-* @FREE" could still use at least some of these themes. By the way, I welcome help identifying the licenses of each of the original distribution logos, if that sounds like an interesting challenge to you. More to come on Grub2 themes. Stay tuned.

I finally took the time to watch The Perl Jam: Exploiting a 20 Year-old Vulnerability [31c3]. Oh, my, god.

If you could imagine working on a theme based on the vector remake of gentoo-cow (with sound licensing), please get in touch! 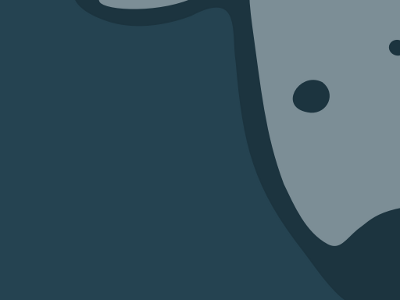