This is the first post about my progress on GSoC'09 for Gentoo. Also, disclaimer: I'm tired (07:08 here), think for yourself :-) As a "side product" of my earlier Gentoo GSoC'09 activities a hopefully complete TurboGears 2.x stack has grown in my "sping" overlay. I can understand now why the Python herd has not packaged TG 2.x before:

(Talking of g-pypi: an update to app-portage/g-pypi-9999 (sping overlay) brings post-0.2.1 bugfixes!) To check out the current state of TG2 this is what you might want to do:

If all goes well that meta package enables you to create and run the quickstart app right away. But: With so many packages involved something more or less has to be broken for you. Please contact me about it, I'll be happy to fix what's needed or pull from you.

This release adapts to the lowpass range extension introduced with libbs2b 3.1.0. So if you (or someone else) upgrades libbs2b on your machine to 3.1.0 you should upgrade to 0.9.1 of the LADSPA plugin. Get it here:

Let me take the opportunity to point to

Writing about this seems to be sticked to my mental todo list. So I'm writing about it now to better concentrate on other stuff after. Let's see if that works. When I buy stuff I end up at Amazon.de quite often. With the order flyers for special offers from partners of Amazon are shipped. VistaPrint flyers were among these several times. A need for business cards first hit me on 25c3, when people I was talking with gave me their cards while I had to give "sorry, I don't have any" back. I guess about the third time it started annoying me. When I first came to the VistaPrint site the what-you-can-pay-with FAQ entry did not list any non- credit-card means to pay. As that is not acceptable to me I wrote a mail, got no answer, but PayPal magically appeared in the listing. So that's my first "contact" to the VistaPrint support. A VistaPrint order can be summarized like this (hint: look at line 4):

The whole process was somewhere between okayish to annoying:

To visualize the latter: do I want address labels like this?

(Ignore that it's black and white only. The customer contract with VistaPrint does not allow me to put the original designs/images here.) When the order was done I had a look at the order's summary and the related preview images showing my future business cards. That's when I noticed that something was broken: the font size of my website and e-mail address had strongly decreased. This is before and after reduced to just the font size issue: 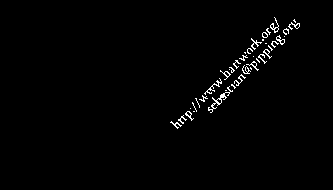 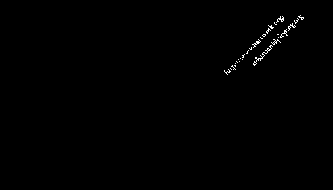 So I was worried that my internet contact info would actually look as small as that, so I contacted support through mail with two images attached elaborating on my worries. The screenshot came in quite handy here. The usual machine generated thanks-for-your-mail stuff came in, no real reply. If they had read that mail, they would have saved sending out broken cards the first time. A few days later I wrote another mail ~"hey guys, I think it's quite poor that you don't handle my case at all". No reply either. When the cards arrived the font was as small as I was afraid it would be. So I called support this time: ~"Great I get through to somebody, you've been ignoring my mails three times now". I described what I had done: that I had confirmed the sane version, not the broken one, that I made a screenshot, that it did not fake the screenshot and that it would be hard to do. The lady on the line tried to reproduce my problem and it turned out I was right: the system actually had a bug. Oh really. 9 million customers and noone ever hit that. (Sometimes they say 16 million, I guess both are fake.) She offered to come back to me the other day. It took her another day but what she had initiated by then was fixed cards with express delivery (7 days) all for free. I'm thankful to hear for that. I have no idea if these these bugs have been fixed: I asked but have not reaceived a reply yet.

pcmanfm 0.5.1 is both a bugfix and a feature release. The purpose of this blog post is to pick out the gems why you really want to upgrade. If you have just a few seconds a minimal summary would be, that you should upgrade for:

In more detail this is what is worth mentioning to me the most:

To me this means I can use copy-paste with less worries than in 0.5 and strip down the GUI what I really want to see. In 0.5 you get this view, no matter what: 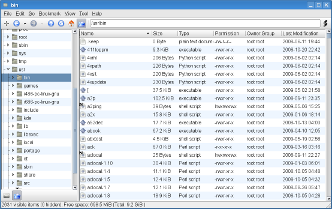 Below is what I use now, most importantly without these side pane buttons that I came to really hate to have to look at. 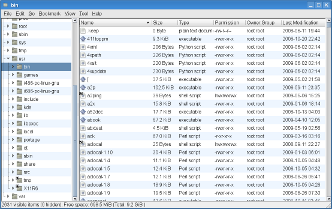 Thanks to Eugene Arshinov for making that pain optional (and for most of the other GUI improvements). If you're running Gentoo: The sping overlay has a bumped ebuild already.

Especially interesting if you use ALSA as it supports LADSPA! Headphone pleasure no matter what application is playing that sound (if it's playing through ALSA). Check it out:

New releases ready for you:

For downloads along here please: https://sourceforge.net/project/showfiles.php?group_id=151236

Asian symbol pieces can make entering Chinise Chess (Xiangqi) unnecessarily difficult for non-asian people. To ease things up a bit using "western" pieces can help, especially as most pieces have (close) equivalents in regular chess. In contrast to a hardware game , in software changing pieces can be an easy thing. The small script I made downloads piece graphics from chessvariants.org and makes them usable for hoxchess, a Free Software Xiangqi program. Here's a picture of what that can look like: 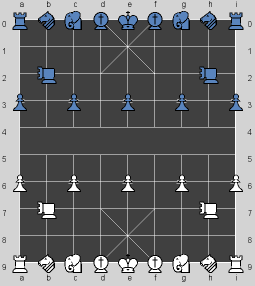 Once you want to start playing with the original pieces the following set might be an option. The script also grabs that; it's taken from the game at pragmaticlogic.com. 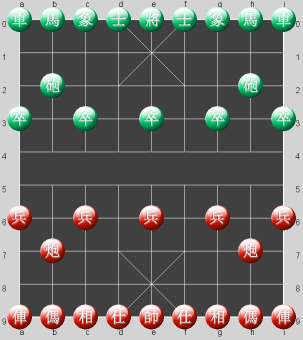 Just a quick post about something that I hope to turn out as lots of Gentoo fun: I've been accepted as a Google Summer of Code 2009 student for a project of Gentoo. Its title is "Create and release a Gentoo stats server/client". I'll be extending Fedora's Smolt to more or less bring a popcon-clone to Gentoo. Stay tuned.