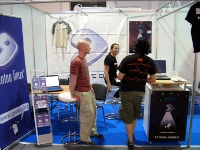 100 posters were sponsored by Förderverein Gentoo e.V., all gone. 14 T-Shirts and 40 mugs were sold. Off the booth Chí-Thanh and Andrew were part of the team winning the hacking contest (just as the year before).

I have set up a gallery based on Cataract Gallery Generator joined by a sexy intro page by a3li at images.gentoo-ev.org now. Please check it out for more Gentoo pictures of LinuxTag 2011 and previous exhibitions. If you have pictures for me to add, please pick a Creative Commons license and send a link my way. 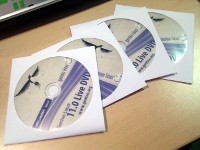 The rest of this post is about the process of setting up the gallery. I originally started with mkgallery, also checked igal2, Photon and lazygal. mkgallery has little features and many hickups, igal2 turned out too boring (compared to the others) and doesn't seem to work recursively. Photon makes use of command-line GIMP, which was a no-go on our server to me. For lazygal we don't have dependency pyexiv2 in tree yet (I now found it in an overlay). However, the most convincing reason for Cataract was its demo gallery. So I wrote a quick ebuild for it (media-gfx/cataract in overlay betagarden), wrote a Python script makeindex.py to generate required index.xml files

and fixed one or two CSS issues manually. Among the problems that Cataract still has is respecting EXIF orientation hints. That is reported upstream by now, I hope for the best.

The images on the left are licensed CC-BY-NC-SA/3.0 Alex Legler (images 1 and 3) and CC-BY-NC-SA Jonathan Wonneberger (images 2 and 4).

Back in 2004 Matteo "Peach" Pescarin did a poster edit of his "Gentoo Abducted" wallpaper.

The poster is portrait format and shows a city in background, instead of countryside, if you look close. He has now re-released its SVG sources.

With these sources the Förderverein Gentoo e.V. is able to offer a limited number of FREE A1 poster prints at LinuxTag Berlin next week. Please drop by to get your copy.

The posters were printed from a 3521x4978 TIFF file, which is A1 plus 1mm overlap everywhere at 150dpi, making a 50MB upload after removal of the alpha channel. Flyeralarm has done a great job on print with regard to all of quality, time, price, and service.

UPDATE : We have run out of posters on the fourth (and last) day of LinuxTag. 100 posters it was. 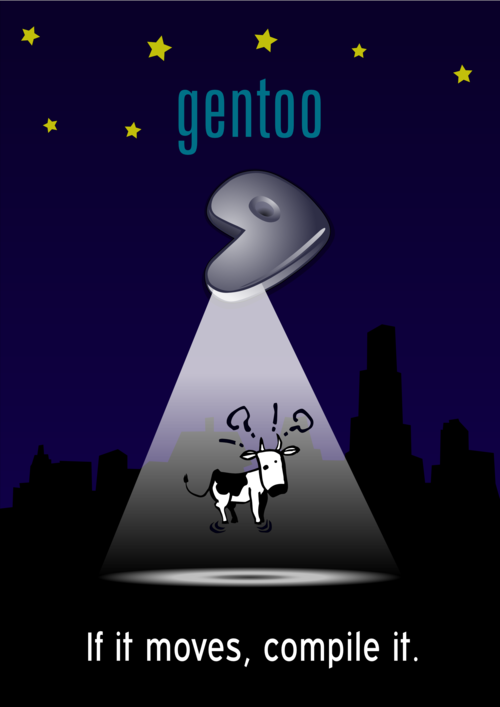 I recently heard of Eric Brasseur's article Gamma error in picture scaling. The news that many graphics tools including the GIMP hurt certain colors during image scaling was rather surprising to me. I was actually looking a command line tool to that job right out of the box — any recommendations besides ImageMagick/convert or netpbm/pamscale? — but I ended up writing a pygimp-based GIMP plugin yesterday. It does the job and comes with a simple GUI. Compared to core GIMP, the speed is quite disappointing though, probably because of using Python (and an extra layer) but C code.

Once you have the plugin installed

you should find an item "Scale Image with correct Gamma..." at the bottom of the "Image" menu.

The code is free software, clean patches are welcome:

In 2006 Marius Morawski did some quality artwork for Gentoo: a logo for Gentoo/FreeBSD and two related wallpapers. His work is licensed under GPL version 2 and available through the Gentoo website finally.

Credits for the non-trivial task of re-shaping the dark skies wallpaper to aspect ratios of 4:3, 5:4 and 8:5 go to Matteo 'Peach' Pescarin.

When saving an image as PNG in GIMP you are facing the choice of checking option save gamma or not. When you check it — according to official GIMP documentation — the gamma value of your display environment is embedded into the PNG file. I was resizing the Gentoo logo, file gblend.png. Checking save gamma on export results in the left (correct) image, leaving it unchecked in the right: too far towards purple.

If you use Firefox or Thunderbird these two images look different. To my recent surprise they look identical in all of GWenview 4.6.2, gthumb 2.12.3 and Thunar 1.2.1. Interestingly, now that I have seen the difference I notice that the logo shown on gentoo-wiki.com does not have correct gamma. See for yourself. I have contacted its operator about it, let's see what happens. I don't really have time to inspect this issue much further. If you do that would be awesome. Please send patches to upstream for me. Thank you!

EDIT : Mike has updated the logo on gentoo-wiki.com by now.

If I can believe Woody Norris, it is now possible to direct sound much like you direct light with a spotlight.

Before I fully arrived at GNU/Linux I thought that Acrobat Reader would be one of those things that would be hard to miss. As there is a Linux version I would not even have to live without it, but even better: there's quite a few good alternatives that are true free software. At some point I started using KPDF of KDE and moved on to its sucessor Okular at some point. Even after switching from KDE to XFCE I still kept using Okular (besides a few other strong KDE tools: Konversation, Gwenview, KSnapshot, Yakuake, K3b). I have finally added a link to pdfreaders.org to the link section of this blog (on the right, a bit down). When googling for "pdf reader" pdfreaders.org is showing on the first page already, 9th place. It would rock, if we get it to the top and I'm optimistic that one day it will make it. Please link to pdfreaders.org on your site, too. Your link can change something. 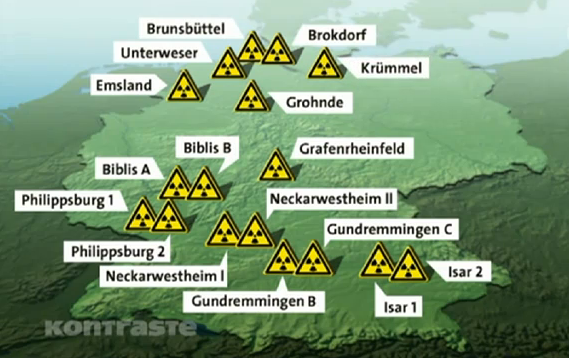