Never Mis-Bump a .so Version Again

For every software release that involves a shared library you have to consider bumping the -version-info C:R:A part of your linker arguments so that your libxyz.so.1.2.3 numbers match the semantic changes you did since the previous release.

Finding the correct new set of numbers can be a bit tricky. The current best place for how to bump them properly is probably section 7.3 Updating library version information of the GNU Libtool documentation. Ignoring the details, you'll be given this very structure:

It took me a while to figure out what I'd need to do when multiple of those ifs apply: what they give you is an algorithm to follow step by step — it involves state and that state is carried from one step to the next.

While that algorithm is precise, it is a lot better suited to machines than humans. One reason is that — with multiple steps and state involved — there is quite some chance for the result to turn out wrong. Does it have to be that complicated?

So let's get rid of the overlapping ifs and state and move to exclusive else if instead. The stateless algorithm is this:

The small interactive web-tool I built is now online at https://verbump.de/ . If you like it, please support it by starring the GitHub repository. Thank you!

For a clickable preview: 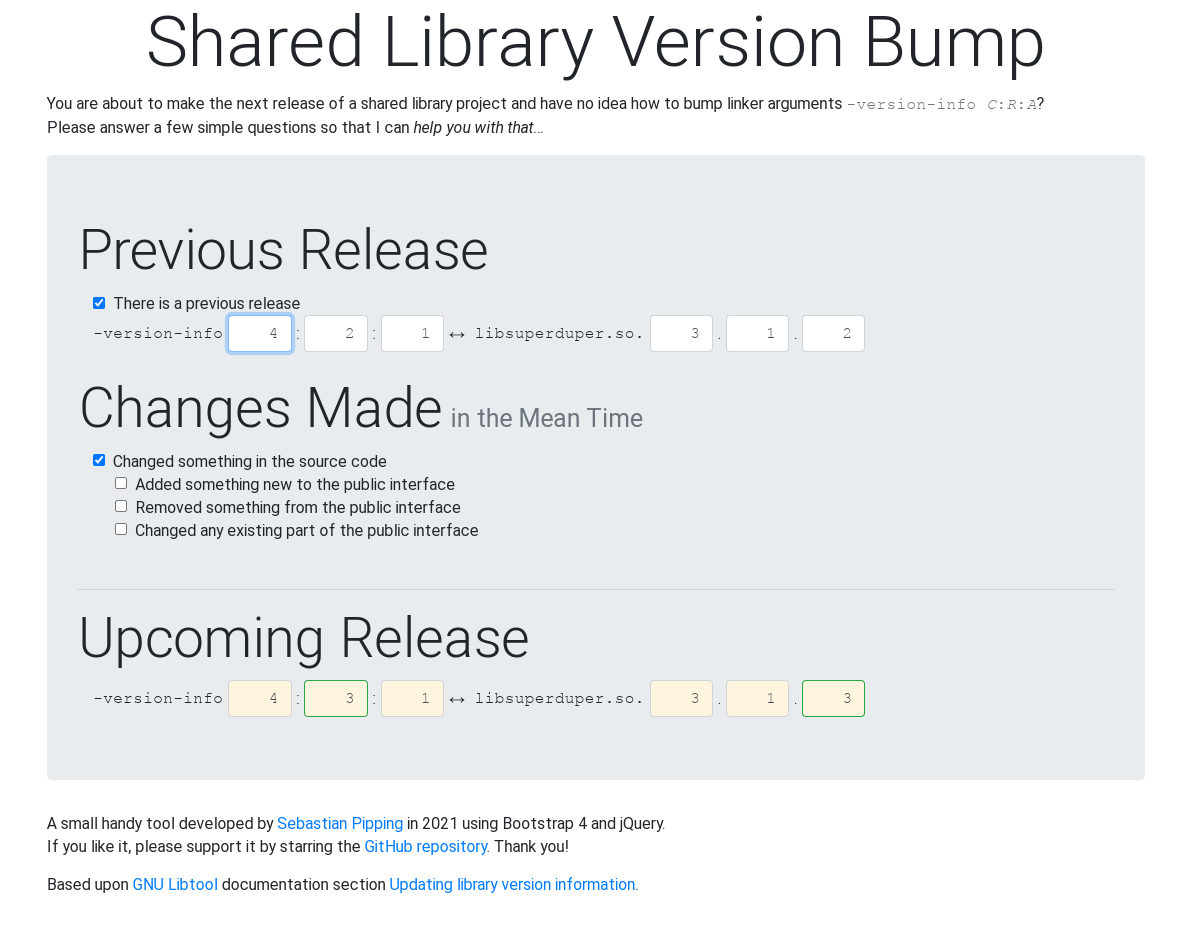