Hi! Among the top rock albums I have run into so far are

by a band called "The Butterfly effect". I consider them a bit lesser known, but I don't have data to back it up. One of my long time favourites. If you can use a hint, check them out. For the embedded one, start with track #2 at 7:04.

Hi! Frequent updates are important, especially with Gentoo. You probably have seen conflicts that filled several screens and were not trivial to resolve. With frequent updates, handling conflicts becomes a lot easier. Frequent updates also gets you security fixes earlier. I would have done it from the beginning, if something would have reminded me to update. By now, for notifications on available updates I use

Former is a tool by Benedikt Böhm sending e-mails with emerge --pretend output whenever it changes. Latter is a bit of a quick hack by me that sits in the tray and shows an icon if updates are available with the number of updates in a tooltip. It requires a cron job to run something like eix-sync once a day but that's probably a good idea anyway. Maybe it's something that you want to use too. If you run into bugs, please report them and share your patches if any. GitHub allows attaching text files by now, it may work with patches, too. I would be curious to hear what other tools you use for being notified of updates on Gentoo. Please leave a comment below. Best, Sebastian

I just finished reading Adelle Waldman — The Love Affairs of Nathaniel P. I read good things about it somewhere before and got curious to see myself. A great read, never boring, well worth my time. 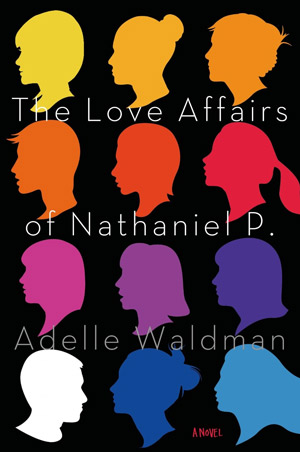 A bit long but very interesting... Presence: Bringing Your Boldest Self to Your Biggest Challenges

Without non-meta words. The most important language you will EVER learn | Poet Ali | TEDxOrangeCoast

Hi! I have been participating with Critical Mass Berlin a few times now. Simplified, it's a few hours running a bike through the city with all street lights green by definition, except for those people running the head. It goes a few rounds at Siegessäule sometimes, has gone through Tempelhofer Feld before. It's a few hours of being free, of a new view on the city, it's time with friends if you bring or make some. There are some problems though. I have seen cyclists falling, pedestrians falling while trying to cross the street, both drunk and sober, cars driving into cyclists, drivers getting out and starting a fight until nearby police joins in, a few insane cyclists running the wrong lane. One event shifted my perspective last time: Shit, I get why some are so pissed about it. It was my first time corking a street — the process of blocking cars so they do not run into cyclists by accident. I was running near the head at the time, heard someone shouting "corking!" as a call for help and found myself standing in front of a car. And so I stood there, four of us. I was lucky, the car people were a lot friendlier than what I had observed with others' corkings before. The car I was blocking was delivering pizza. Maybe when blocked everyone is a doctor or delivering pizza or living close by, but I believe he actually was. There was no end of bikes in sight. When the end seemed in sight, it turned out to not be the end, and then again. There were gaps and gaps and gaps again. Why?! To me on the inside, it started to become embarrassing. I should have used a stop watch, to know if my perception tricked me — it seemed like an eternity. With more and more people joining Critical Mass, waiting gets longer, no fix for that. But why gaps, why? Even critical-mass-berlin.de says "Die Masse bleibt zusammen", the mass remains as one body. What's so hard about it? If I was sitting in a car, waiting for a stream of racing bikes to let go of the road would make sense. But drops of cyclists going as it was for shopping — how are they supposed to sit still and silent to that? Does it have to be that big of a "fuck you" to them? Things could go a lot more smoothly. Maybe I get it wrong, maybe its is a "fuck cars" ride for most but my perception so far was that it's not : it's people who like to ride their bikes, like to have fun, rather than an aggressive statement. The presence of so many is a statement by itself. Maybe it is statement enough? When you participate with Critical Mass next time, I ask you to close the gaps, leading by example, and asking those around you to join closing the gaps, and to give it some speed. Without the wind in your face, you're missing the best part. Thank you!

It seems I forgot to forward this when it blew my mind the first time. If you still need a reason to not download binaries from http:// URLs , this is it:

The Case of the Modified Binaries http://www.leviathansecurity.com/blog/the-case-of-the-modified- binaries/

While SourceForge is another story, they are an example of a website offering binaries through plain http://, e.g. http://downloads.sourceforge.net/project/filezilla/FileZilla_Client/3.13.0/FileZilla_3.13.0_win32-setup.exe. Oh my.

One in every 600 websites has .git exposed: http://www.jamiembrown.com/blog/one-in-every-600-websites-has-git-exposed/

I ran into this on Twitter, found it a very interesting read: